This site uses cookies to offer you the best possible experience when accessing and navigating through our website and using its features.

Preparing to Move? Be Careful to Avoid This Injury:

Unless you’re a Monk, the average person accumulates a lot of material possessions. In addition to all the stuff we collect, the typical American will move 11 times in their lives, according to census data. It doesn’t take a genius to understand that all that stuff you’ve collected over time is heavy when it’s thrown together in boxes.

Many experts suggest that peak moving season rests between April and September. In fact, movinglabor.com states that 80% of all annual relocations occur during this time. Add to that the yearly ritual between May and August of nearly 17 million undergraduate college students packing up their belongings, there is an immense amount of heavy lifting going on.

When it comes to moving heavy items, people immediately think of potential back injuries. Most will purchase braces to relieve some of the spinal pressure. Still, people rarely think of the severe damage that can occur to the tendons securing the biceps brachii to their elbow.

The Biceps Brachii belongs to the muscle group known as flexors. A flexor is a muscle that, when contracted, bends a joint or limb. When you deconstruct the muscle name down to its Latin derivatives, its location is revealed: Bi (meaning ‘two’) ceps (denoting ‘heads’) and Brachii (involving ‘the arm’). Put it all together, and Biceps Brachii translates into ‘two-headed muscle of the arm.’

The origin (or part of the body that doesn’t move) of the biceps arises from two bony landmarks on the scapula. The short head of the biceps begins from the ‘coracoid process,’ a projection of bone near the glenoid cavity, which is part of the shoulder joint. The long head originates from the glenoid itself, very close to the shoulder joint. The two muscles then converge into a single muscle belly, whose tendon inserts ( part of the body that moves when the muscle pulls) onto the radius, one of two bones in the forearm. It inserts specifically on the radial tuberosity, which is a bony knot very close to the elbow.

Generally, when strain is placed onto this area, the muscle will incur microtears. This is entirely normal and is often the desired outcome for people who enjoy anaerobic exercise. After rest and proper stretching, the body repairs these microscopic muscle tears by creating new muscle tissue in the gaps, resulting in larger and stronger muscles.

However, after overexertion of the biceps, or when placing a large amount of sudden force on the biceps tendon, a rupture is possible. When a biceps tendon ruptures, the injury is often severe and very painful. 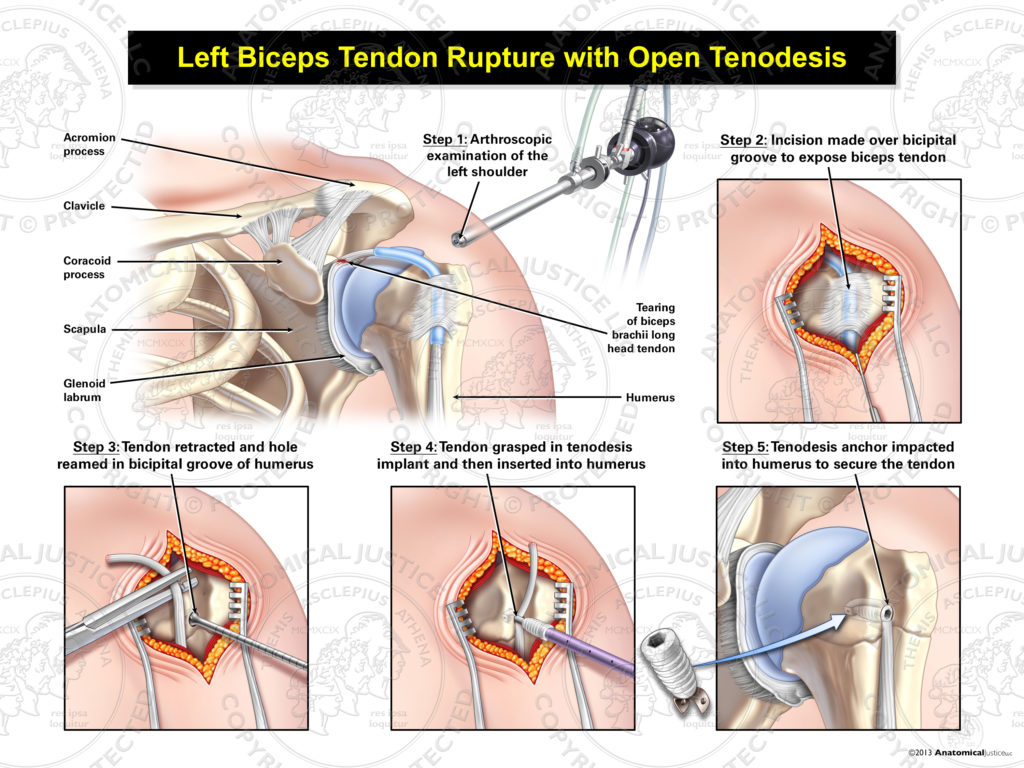 The most common form of bicep tendon rupture is proximal, meaning the tendons have torn from their scapular origin. These tears are most prevalent in middle-aged and older individuals. Patients experiencing proximal damage often recall a ‘pop’ and pain in the shoulder. Even with an outright, complete tendon tear at the shoulder, loss of strength is only partially affected, due to the secondary tendon holding the biceps muscle in place.

Proximal tendon ruptures are of severe concern. If you feel that you may have ruptured a proximal tendon, make an appointment with your physician to determine the best course of treatment. Younger and more active patients will often require surgical procedures to secure the tendon back to its origin on the scapula. Some patients may be able to rest and continue with only minimal reduction in the strength to the arm. Sadly, however, there is only one distal biceps tendon insertion at the elbow.

The most likely outcome of proximal tendon disruptions are microtears. Repetitively contracting the biceps to lift cumbersome boxes (and especially bulky items) can promote these tears. 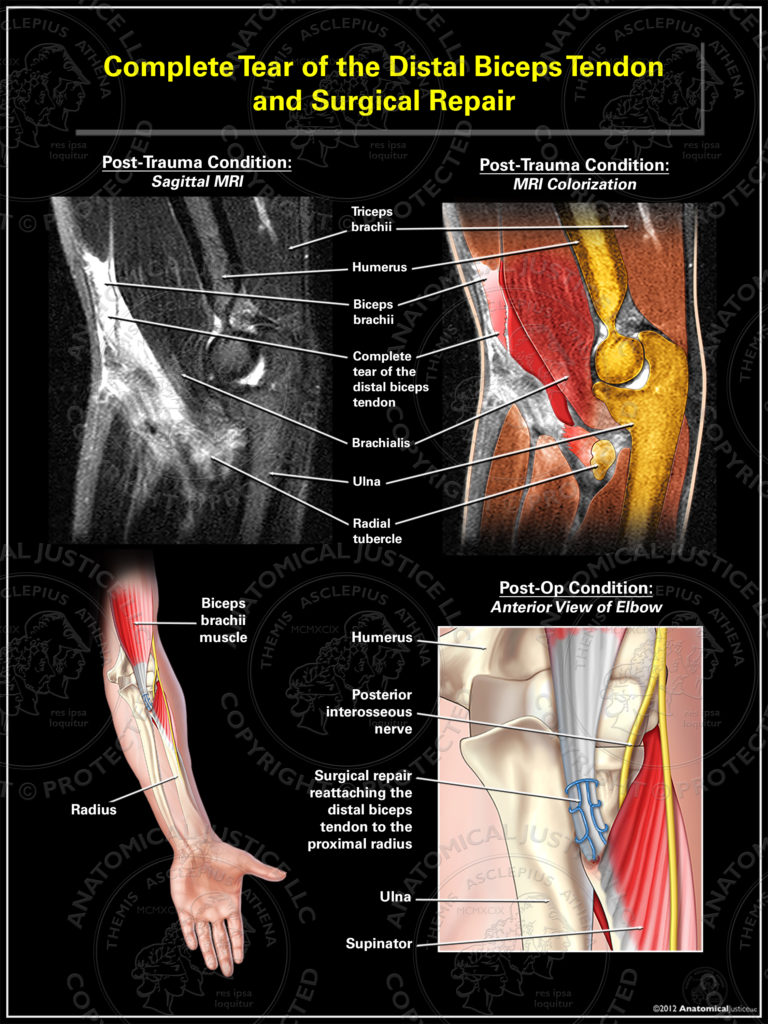 When moving, lifting a few awkward items seem inevitable, however, you may want to reconsider attempting to lift that California king mattress by yourself. Raising substantial objects over your head, which causes the arm to be bend between 60° and 90°, places you at serious risk for a distal tendon rupture. Distal tendon ruptures, or tendon ruptures at the elbow, are almost always complete and cause immediate, sharp, and excruciating pain at the elbow. This is almost exclusively seen in middle-aged men in their dominant arm.

More prominently than in a proximal tendon rupture, patients will have a “Popeye deformity,” a ball formed by the biceps retracting up into the arm. Without surgery, the strength in a patient’s arm can be reduced by as much as 50%. The healing period for any tendon rupture is between 3 and 4 months.

No one wants to get injured during the warmest months of the year. Especially when that injury means surgery and missing out on staple summer activities like grilling, swimming, outdoor games, and anything fun requiring your arm.

So how can you avoid rupturing a biceps tendon? The answer is simple: take it easy and pace yourself while moving. Services such as movers are a great way to prevent unnecessary strain. If this is not feasible, tools such as dollies, lifting straps, and compression sleeves make lifting safer. Taking frequent breaks and lifting with your legs rather than straining the arms and back will keep you from making an increasingly painful “oops.” If you really want to move heavy items, make sure your body is up to it by regularly exercising (remember to be rested for moving day). Xboomfitness.com has a great article on how to train your biceps. And husbands, fathers, bachelors:, please ask for help when lifting large pieces of furniture!

Ronald Mathias, CMI, is the Founder and Managing Member of Anatomical Justice, LLC. He has been immersed in medical media production and visual translation for the past twenty-five years. During that time, he has created thousands of innovative demonstrative aids for personal injury, medical malpractice and product liability cases for plaintiff and defendant attorneys across the US. His work has also included artwork for medical textbooks, journals, medical device advertising, comic books, and storyboarding for film.

A compelling set of medical graphics begins with a FREE proposal and price quote. 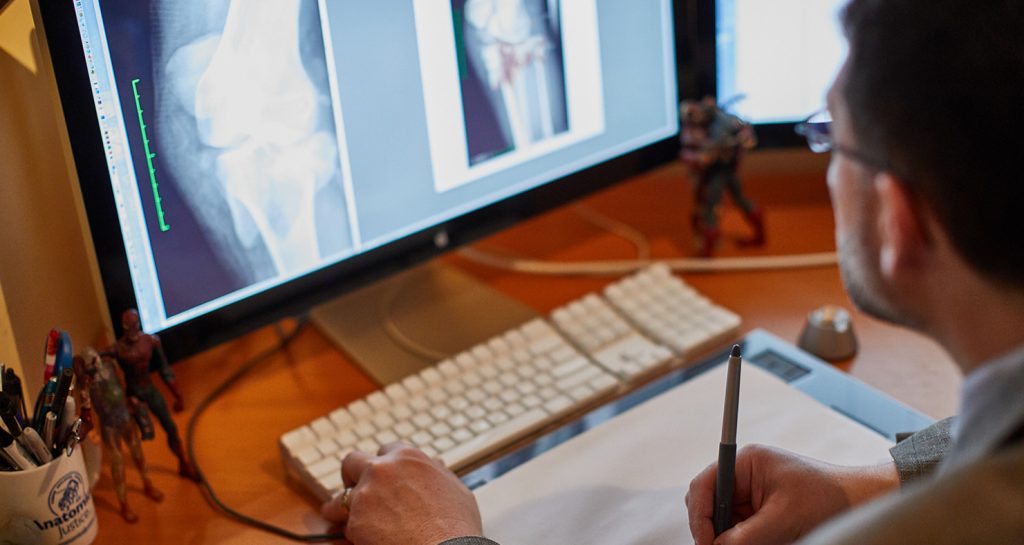 An Incredible Opportunity On June 3rd, our multi-faceted leader, Ronald Mathias, added “podcast guest” to his repertoire. As an avid podcast listener, he enthusiastically accepted the invitation to be featured on the Mindfulness & Grief podcast. Podcast host, Heather Stang, sat down with Ron to elaborate on the unlikely relationship between medical illustrations and processing […] 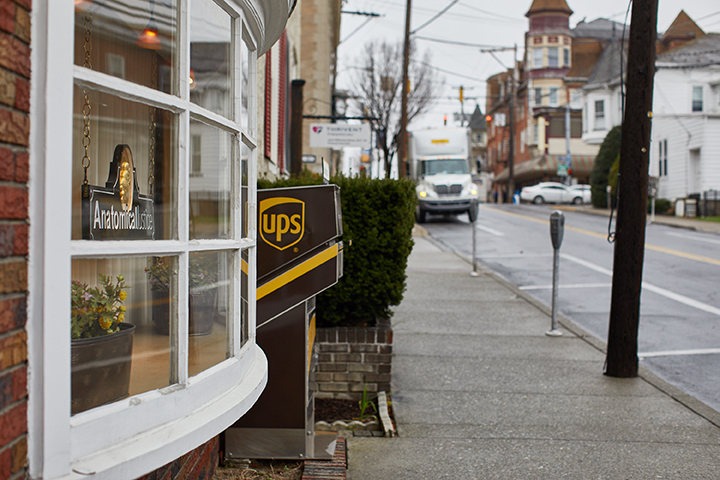 Shipping Delays and Your Legal Case

Winter may be melting away, but shipping delays continue to persist. USPS is experiencing a plethora of delivery setbacks, frequently exceeding a month. Worse still, USPS does not guarantee any of its shipping windows. The postal service currently lists shipping times for First-Class Mail at one-to-three business days. So what are considered a shipping delays? USPS […] 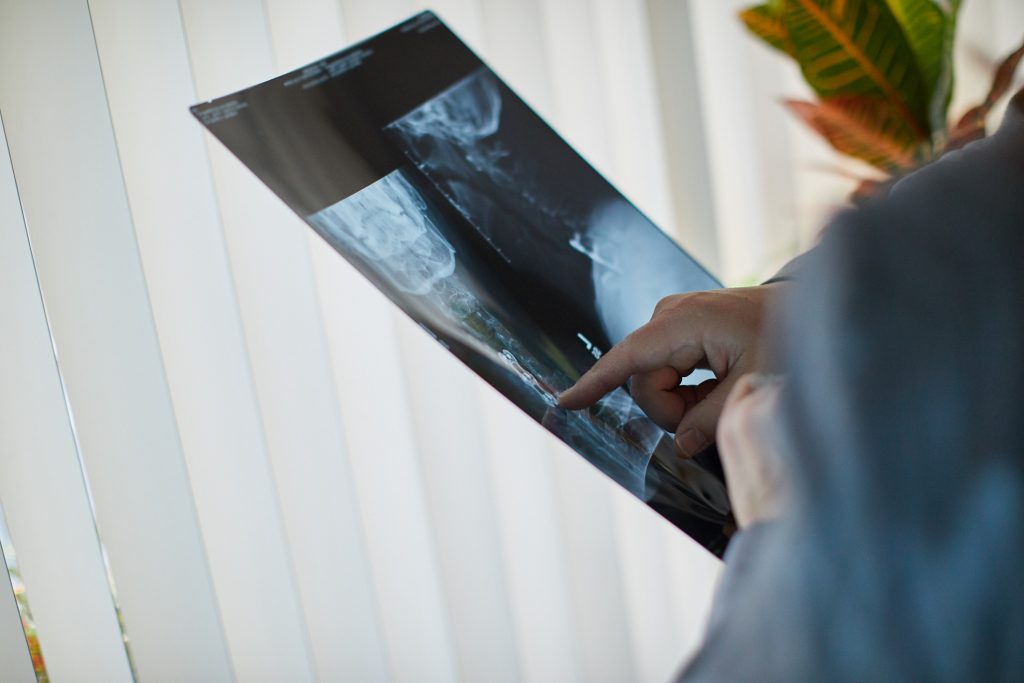 A Day in the Life of a Medical Illustrator:

Are These Radiological Films or Modern Art? Our team of medical illustrators confronts poor radiological films frequently. When a film study reveals grainy images and hard to decipher pathology, it’s time for a few deep breaths and a fresh cup of coffee (or three). Films are the foundation to the illustrations that we as medical […]